FREEDOM OF EXPRESSION IN KENYA DEALT A BLOW 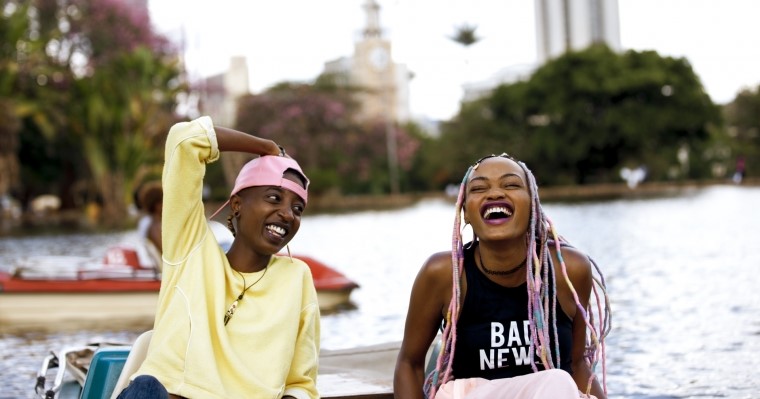 Freedom of expression in Kenya suffered a blow last Wednesday, when Justice J. A. Makau of the High Court, dismissed a petition filed against the Kenya Film Classification Board for its decision to ban the award winning movie Rafiki.

Rafiki, is a story of romance that blossoms between two young women despite cultural and legal barriers. Same sex relations are criminalized in Kenya, while cultural and religious sentiments on the subject are strong, resulting in discrimination and violence against LGBT persons.

Wanuri Kahiu, the director and Creative Economy Working Group filed Petition No. 313 of 2018 in the High Court at Nairobi, challenging a ban by the Board issued on 28th April, 2018 against distribution, exhibition, broadcast and possession of the movie, on the basis that it contained a gay theme ‘contrary to the law, culture and moral values of the Kenyan people’.

In the judgment delivered on 29th Aril, 2020, yet to be published, the court held that the ban does not violate the artistic freedom of expression, but instead protects the society from moral decay, according to the Star newspaper.

The judge also in dismissing the petition, held that the jurisdiction of the court had been invoked prematurely.

The judgement by Justice Makau despites an earlier well-reasoned ruling, by Justice W. A. Okwany in the same petition in which she expressed a contrary view in her ruling of 21st September, 2018, while allowing the movie to be screened in the country for 7 days. She observed that the film should not be restricted merely because it depicts a gay theme, because one of the reasons for artistic creativity is to stir the society’s conscience even on very vexing topics such as homosexuality. She decried censorship noting:

…  I am not convinced that Kenya is such a weak society whose moral foundation will be shaken by simply watching a film depicting gay theme ….  Having regard to the above cited case and the facts set out in this case I am of the humble view that the importance of the rights and freedom of expression in a democratic state such as ours cannot be gainsaid or taken for granted.  There are Kenyans who paid the ultimate price so that we can enjoy the freedoms that are now enshrined in our Constitution.  In this regard the duty of this court is to give effect to the enjoyment of the fundamental rights and freedoms to the fullest extent.  In doing so the court ought to consider and carefully scrutinize any action that tends to undermine these hard earned freedoms’

On the question of jurisdiction the Judge had held: ‘…the matter before the court is… the constitutionality of not only the said ban but also the sections of the Act that were applied in effecting the said ban … I find that this court has wide jurisdiction to deal with the instant petition as it raises questions of violation/ threat of violation of rights under the Constitution’.

The final judgement however missed the opportunity to reiterate the right to access court guaranteed under Article 22 of the Kenyan Constitution and also shunned the court’s duty to subject the decision of the Board to the Constitutional standards and principles established under Article 10 and 11, as opposed to subjective ones applied by the Board in imposing the ban.

Owing to the judgement, unfortunately, distribution, exhibition, broadcast and possession in Kenya of this powerful love movie Rafiki is still banned.

Despite the ruling preventing the film from being shown in Kenya, RAFIKI is still available to the public. Fans of the film and supporters of global LGBTQ equality can watch RAFIKI online on Amazon Prime. Watch (or watch again) and share with friends and supporters, to share this important story. Watching and sharing are two small ways LGBTQ people and allies can support LGBTQ storytelling in Kenya from their own homes.

Bursting with the colorful street style and music of Nairobi’s vibrant youth culture, RAFIKI is a tender love story between two young women in a country that still criminalizes homosexuality. Kena and Ziki have long been told that “good Kenyan girls become good Kenyan wives” – but they yearn for something more. Despite the political rivalry between their families, the girls encourage each other to pursue their dreams in a conservative society. When love blossoms between them, Kena and Ziki must choose between happiness and safety.