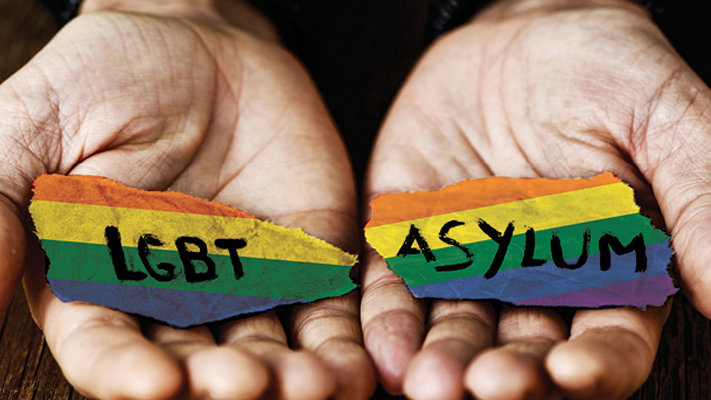 On the 30th May, 2020, People’s Human Rights Forum reported, that a number of LGBTQ-identifying refugees drawn from different sub-Saharan countries at the Kakuma Refugee Camp had been brutally attacked by other refugees in a suspected homophobic attack leading to loosing of consciousness of at least 2 of them attacked.

According to Kiyimba, 23, a Ugandan national and a gay-identifying refugee living in the camp, who spoke to CMRSL on WhatsApp, the two separate attacks occurred at 7.30 pm at the Transit Centre close to block 13 which houses about 250 LGBTQ+ refugees from different sub-Saharan countries. A total of 6 six refugees were injured and two more fainted. Police arrived 40 minutes later after the injured had already been taken to the hospital. The injured are currently being treated at the Camp’s medical facility situated within the camp.  There has been no response from UNHCR or the authorities.  Those injured have been denied medical examination reports (P3 Forms) by the police. The refugees are still in the block which Mr. Kiyimba says is open and accessible to anyone. The LGBTQ+ refugees are living in fear.  Attacks are usually perpetrated by the general refugee population and some members of the Turkana community.

Pictures shared on by LGBTIQ Kakuma Camp on Facebook on 31st May and those of People Human Rights Forum a day earlier showed a young man, lying unconscious and at least 2 others with deep cuts all over their bodies. These men were said to have been attacked by a group of other people on suspicion that they might have been gay.

This comes barely two months after Aneste Mweru, a gay refugee from the camp, was found dead on 14th April, 2020 by apparent suicide outside the UNHCR’s Nairobi office, a death that then highlighted the plight of LGBTQ refugees in Kenya.

Kenya hosts hundreds of LGBTQ refugees at the sprawling Kakuma Refugee camp which is approximately 700 KMS North-West of the Kenya’s capital – Nairobi.

LGBTQ refugees in Kenya have fled other African countries where they face persecution. Although Kenya offers relative ‘freedom’, LGBTQ refugees, still face serious human rights violations that sometimes lead to death, as they wait to be granted asylum in third countries.

In Kenya itself, homosexuality is criminalized and homophobic sentiment runs deep leading to violence. At the refugee camp, LGBTQ refugees face constant homophobic attacks from both fellow refugees and the local host community.

For example, in December, 2018, after a brutal attack that left more than 20 injured, LGBTQ refugees were relocated to Nairobi,  only to be forcefully repatriated back to the Kakuma refugee camp 6 months later, where they continue to face attacks.

After repatriation, they were attacked again on 21st December, 2019 and 9th January, 2020 by members of the local Turkana community, while camped outside the UNHCR reception centre for safety, leading to at least 15 serious injuries and destruction of several of their shelters. They have also decried corruption in the relocation process to third countries.

Earlier on 11th December, 2019, the Center for Minority Rights and Strategic Litigation had written to the agency about a reportedly missing LGBTQ refugee, without response.

In April 2020, the LGBTQ held a sit in outside the UNHCR offices at Kakuma calling for quicker relocations and security within the camp but after a few days, on 27th April, 2020, police moved in on the protesters with tear gas and batons leading to several injuries among the refugees.

A few days later, authorities were called in after the LGBTQ refugees were attacked by other refugees.

LGBTQ refugees have been quoted decrying repeated attacks because of their sexual orientation while police and the United Nations refugee agency, UNHCR, have failed to protect them.